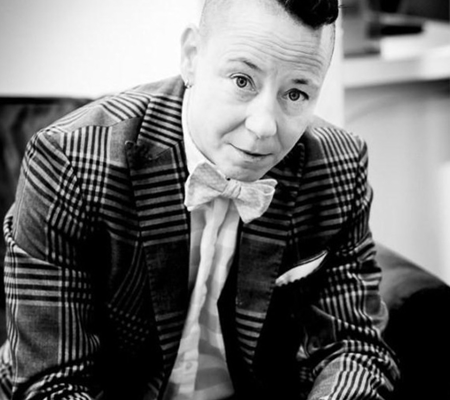 The Cultural Advocacy Coalition is proud to have built a strong board of directors representing arts, culture, history, heritage, and humanities organizations from every corner of Oregon stretching from the coast to our urban centers and the high desert.

Thank you all for your dedication to Oregon’s arts and culture.

View the full Cultural Advocacy Coalition Board of Directors roster.

Meet our Newest Board Members

Madison Cario became RACC’s Executive Director in January 2019, bringing more than 20 years of experience serving a broad variety of constituents from non-profits, community-based organizations, city & county government offices to creatives, small businesses and the education sector. A constellation mapper, they believe in creating authentic networks that are built to hold space for diversity. Prior to joining RACC, Cario was the inaugural Director of the Office of the Arts at the Georgia Institute of Technology, where they were lauded for their strategic and entrepreneurial approach to innovation, collaboration, and creation in arts and culture. Cario has held a variety of senior-level positions in the nonprofit sector including the East Bay Conservation Corps in Oakland, Painted Bride Arts Center in Philadelphia, and the Annenberg Center for the Performing Arts. They have served as an advisor to the National Dance Project, the MAP Fund, the NEA and numerous other national and local funding and advocacy organizations. Their lived experience as trans and neurodiverse has informed their focus on equity, and their experience as a leader, technician, presenter, producer, funder and advocate makes it possible to shift across genres and geographies while keeping local, regional and national horizons in view. Cario is an artist, administrator, ambassador and advocate for the arts.

Carmen Gelman is currently the Principal of the Milwaukie High School & Milwaukie Academy of the Arts, after serving as Principal for high schools in Beaverton and Springfield, and as a director of EPIC School Partnerships. She has a master’s degree in educational leadership from the University of Oregon and has spent her career passionately working to improve the lives of children and families through education. She has served as a juvenile counselor, high school assistant principal, principal of an alternative school, and now as a coach to schools and districts throughout the country.

Kevin Irving has served as the Artistic Director of Oregon Ballet Theatre since July 2013. During his tenure, he has led the company to significant growth and evolution, including major artistic and capital projects. A rare dancer whose career spanned multiple disciplines, Irving has performed with Alvin Ailey, Elisa Monte Dance, Les Grands Ballets Canadiens in Montréal, and Twyla Tharp Dance. From 1994-2002, Irving was Associate Director with Nacho Duato’s Compañía Nacional de Danza in Madrid, and from 2002-2007, he was Artistic Director of The Göteborg Ballet in Sweden. He also founded I-DANCE (Inspiring Dance: American Nations’ Choreographic Exchange), a nonprofit that sends teachers and choreographers to dance communities in Central and South America.

Russell Kelban joined the Oregon Symphony as the Vice President of Marketing and Strategic Engagement in February 2020, and leads the Symphony’s marketing and communications initiatives, which include developing and implementing strategies to build and diversify the Symphony’s audience base, grow annual earned revenue and identify new approaches for enhancing the patron experience. Prior to joining OSA, Kelban was the Chief Marketing Director at the San Francisco Symphony, where he spearheaded the launch of the popular multi-media concert series, SoundBox. He has also held marketing leadership positions at The Walt Disney Company, NBC/Universal, Paramount Pictures and Autodesk.

David Schmitz became the fourth Executive Director of the Oregon Shakespeare Festival in August 2020.  He previously worked at Steppenwolf Theatre Company in Chicago for 15 years, serving in the role of Director of Finance and Administration, General Manager, Managing Director and currently as Executive Director.  At Steppenwolf, Schmitz led a staff of 200 full and part-time folks, and was responsible at the executive level for strategy and execution of all fundraising, marketing and business-related activities.  His work ensured the world-famous ensemble had the resources and institutional support to achieve their creative ambitions in the present and the future. Prior to working at Steppenwolf, Schmitz was the General Manager at Lookingglass Theatre Company, Associate Artistic Director of Stage Left Theatre and Business Manager at the entertainment agency Adair Performance. Currently, he serves as a board member of the Theatre Communications Group, and is the former Vice President of the Board for The House Theatre of Chicago and former board member for the Lincoln Park Chamber of Commerce, Arts Alliance Illinois, and the League of Chicago Theatres. Schmitz is a founding member of Enrich Chicago, a cohort of arts organizations working to end racism in Chicago arts.  He has worked as a strategic planning, business practices, finance and hiring consultant for numerous Chicago organizations, including The House Theatre of Chicago, The Hypocrites and Stage Left Theatre, among others. He holds a BA in Theatre from the University of Northern Colorado, an MFA from the Theatre Conservatory at the Chicago College of Performing Arts, Roosevelt University, a Certificate in Non-Profit Management from Roosevelt University, and completed the Chicago Management Institute, an executive education program through the University of Chicago, Booth School of Business.

Nancy Webber is the Executive Director of Eugene Civic Alliance, and has been instrumental in founding the organization and leading the campaign that has raised $30 million to build a new recreational facility on the site of the historic 1938 Civic Stadium. A former political campaign consultant, and policy analyst, Nancy’s extensive experience in local, state and federal governments helped guide ECA’s successful request for $6 million in lottery-backed bond funds from the Oregon State Legislature. Nancy also has a strong background in media production. She previously worked as marketing director for Oregon Public Broadcasting and owned her own production company, Tzum Productions. She has served on the boards of the Oregon Environmental Council and the Gilbert House Children’s Museum. She is a published author and has been a volunteer grant evaluator for Oregon Community Foundation for 30 years.