Celebrate Pride in Ashland and Portland at member events

The Oregon Shakespeare Festival is celebrating #PRIDE with an exciting new play, open through October! Buckle up for a musical story about Julie d’Aubigny—a queer 17th-century rule-breaking, sword fighting, opera-singing transgressor of boundaries. It’ll be loud, it’ll be rowdy, and it’ll be hilarious! Qui Nguyen sets this irreverent take on French history somewhere between the realms of superheroes and comic books and asks what it means to bust through your prescribed roles into who you truly are. Revenge Song: A Vampire Cowboys Creation, will run until October 14 in the Allen Elizabethan Theatre. More info here. 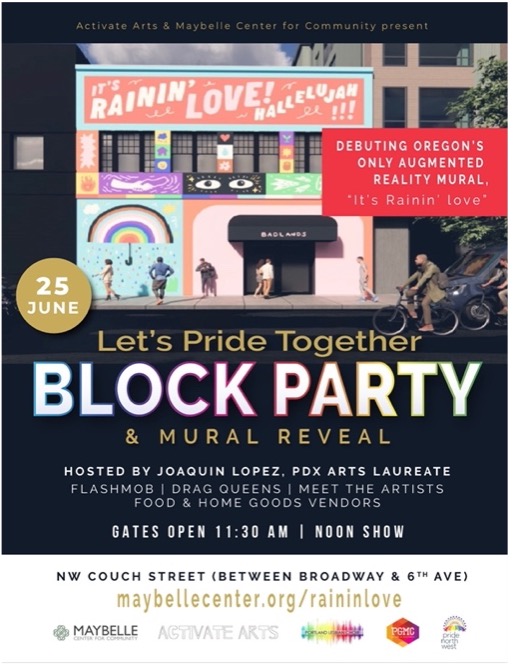 One of our board members, Crystal Meneses, is organizing a mural that will literally sing the voices of the Portland Lesbian Choir, Portland Gay Men’s Chorus, and Maybe Community Singers.

The June 25th event block party includes drag queens, a PRIDE flash mob, and a chance to meet the composer and the muralists.

Listen to Crystal talk about the project and find out more details.

Advances in LGBTQIA+ History in Oregon

We’ve chosen to highlight advances in queer culture instead of the many laws and other discriminatory efforts to marginalize the community.

Before colonizers formed the Oregon Territory, Native LGBTQ people were already living in Oregon. When Lewis and Clark arrived, they were told about two young indigenous men who left the tribe to set up their home together. A woman in the Kutenai tribe dressed like a man and had a “wife.”

1892: Marie Equi joined her high school girlfriend, Bessie Holcomb, on a homestead along the Columbia River. She would become one of Oregon’s first gay and suffrage activists and one of the first 60 Oregon women to become a physician. Equi and Holcomb lived in Portland and raised a daughter together.

1930: Darcelle (aka Walter Cole), the oldest drag queen performer on the West Coast, is born in Portland.

1971: After being fired for her sexual orientation, Peggy Burton was the first to file a federal civil rights suit. The case lasted four years, but the court ruled her dismissal was wrongful.

1972: Oregon became the fourth state to repeal its sodomy laws.

1983: Just Out!, an LBGTQ+ publication, is founded by Jay Brown and Renee LaChance.

1987: A state executive order banned discrimination based on sexual orientation.

1989: Soromundi Lesbian Chorus of Eugene and triangle productions! Are founded.

2004: Multnomah County attempted to issue some of the first gay marriage licenses in the country.

2007: Rep. Tina Kotek kissed her wife Aimee on the house floor in response to Oregon granting same-sex couples the benefits of marriage. 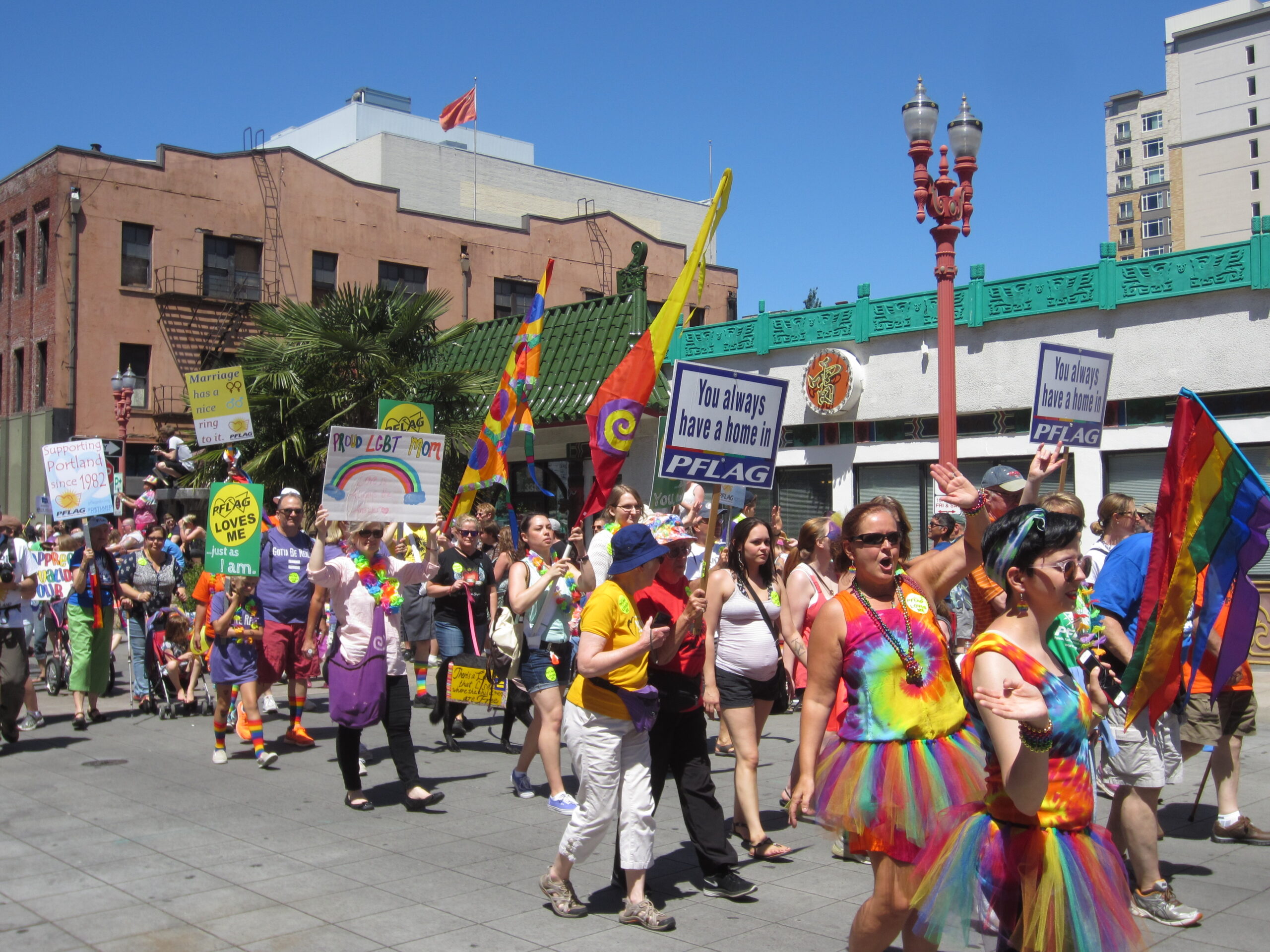 2014: Same-sex marriage is legalized is Oregon.

2014: Bridging Voices, a youth chorus for gay, straight, and questioning youth, is formed.

2016: Oregon circuit court ruled that residents could legally change their genders to non-binary, “the first ruling of its kind in the U.S.” according to the Transgender Law Center.

2017: A bill passed abolishing the requirement for transgender people to publish their names in newspapers before they can undergo a legal change of sex on government documents.

2019: Gov. Brown signed an executive order to add gender identity to a policy prohibiting state agencies from engaging in unlawful discrimination.2019: Representative Karin Power introduced a bill to amend a law that equated “transvestites” with pedophilia.

2020: Darcelle celebrated his 90th birthday and still performs six shows a week at the club that bears his name. 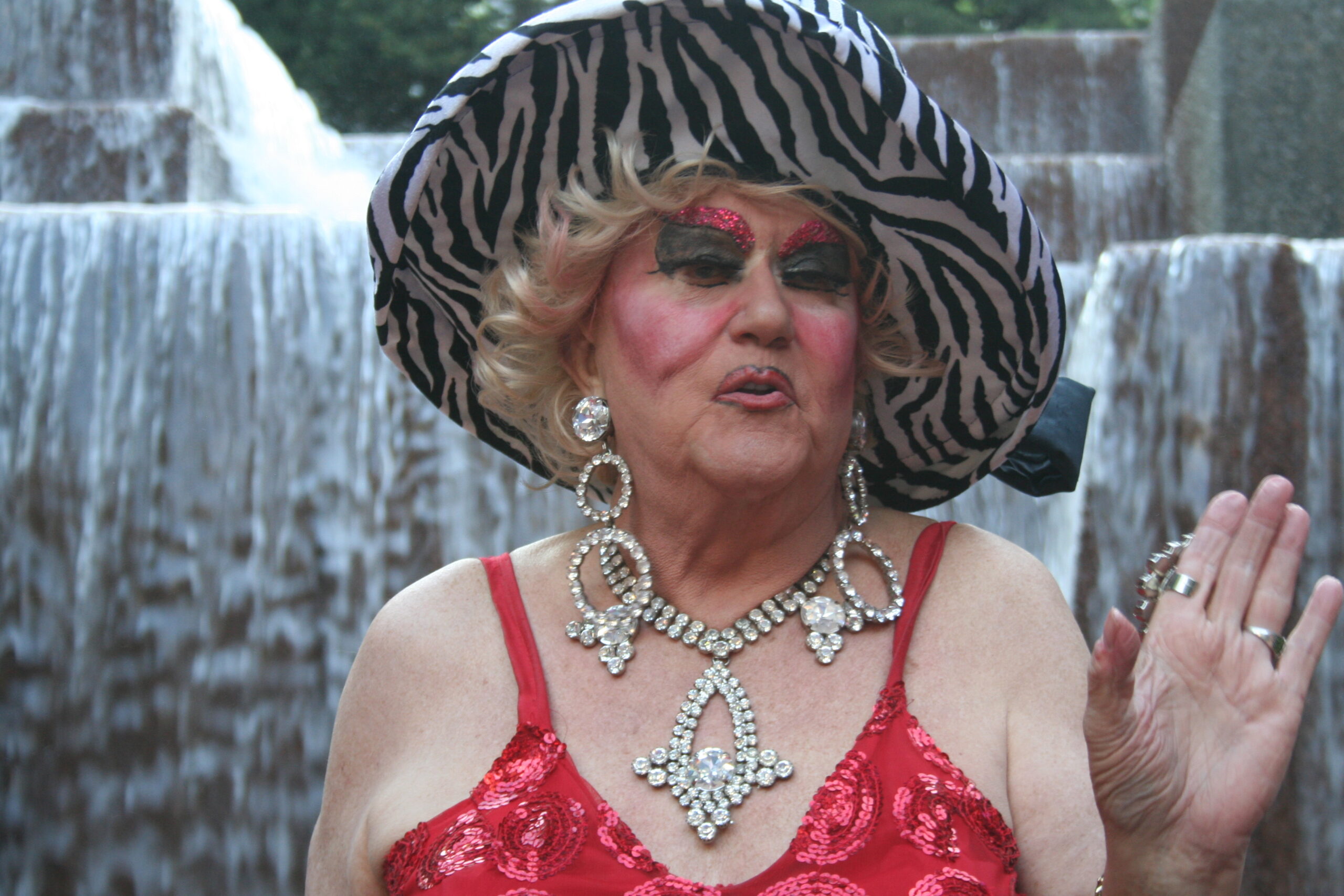