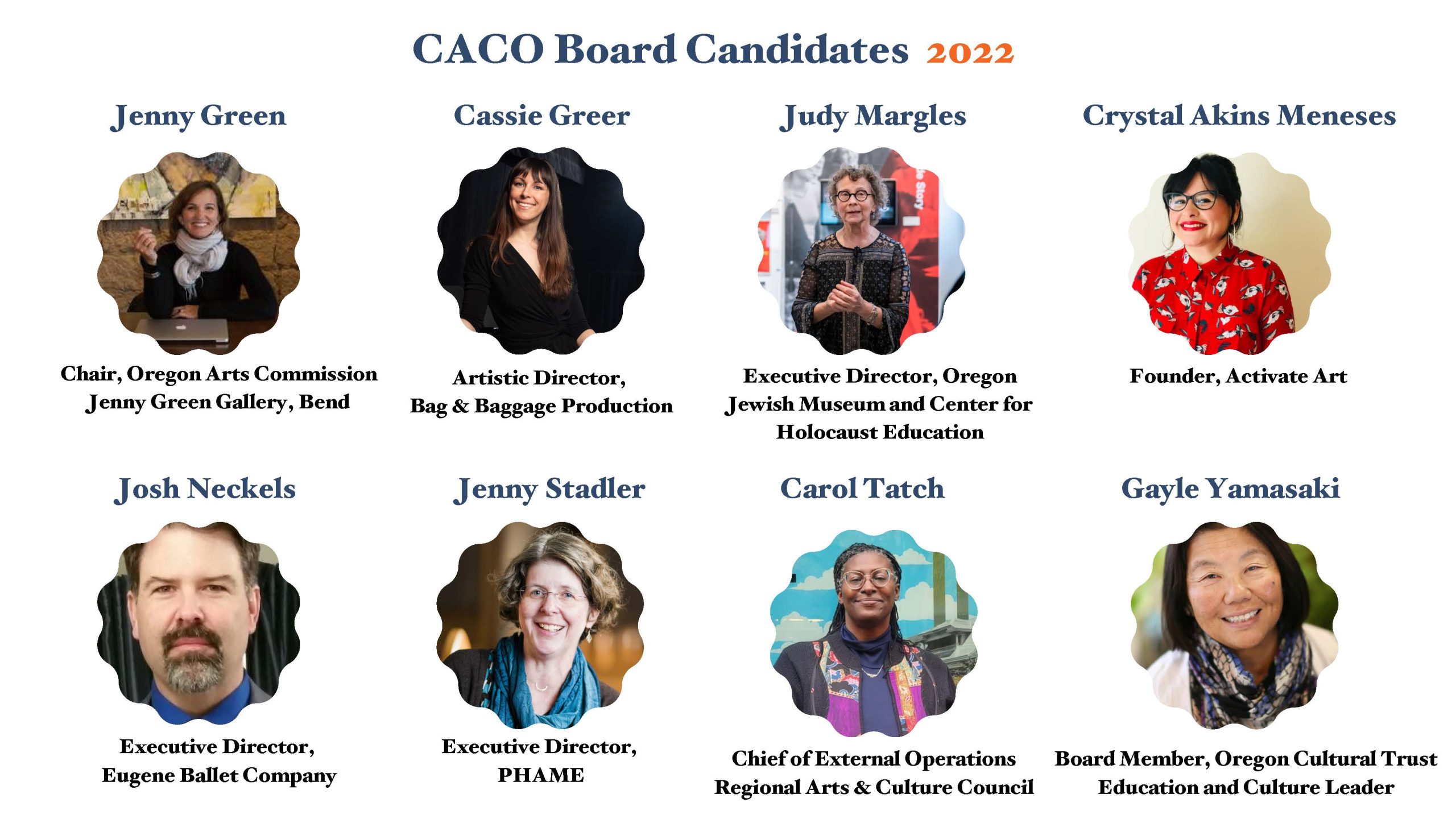 On Friday, January 27, the Cultural Advocacy Coalition Board of Directors met and elected new members. They represent diversity across ethnic backgrounds and geographical areas across Oregon:

The board also reappointed Peter Bilotta, Karie Burch, Scott Freck, Ginger Savage, Dan Thorndike, and Dana Whitelaw as board members and voted in the following officers for 2022:

Thank you to each of you for supporting your state’s arts, culture, history, heritage, and humanities! We couldn’t do it without you.

Help artists lift people out of the darkness

Bringing a diverse ghost town back to life